In 1865, Doc and Cornelia moved to a home in Ridgefield, CT on Main Street (demolished in the 1950s to make way for Ballard Park). Between 1866 and 1874, Cornelia and Doc had four children: two boys and two girls.

“For the higher altitude, … for my mother’s health”.

While no longer practicing medicine, Doc became active in his new community. In 1870, he was elected to the State House of Representatives and was also the first treasurer of the Ridgefield Library in 1871. In the same year, he was elected the first president of the Ridgefield Savings Bank (now the Fairfield County Bank). He served in that capacity for ten of the next fifteen years, left for five years, returned for two more, retiring from his banking career in July 1886. Doc was also a member of the building committee for a new town hall and helped form the town’s Land Improvement Association.

With all that in mind, I recently took a short road trip to Ridgefield to visit several sites related to the time Doc spent there. Below are some views of those sites.

Doc Adams’ Ridgefield house was located in what is now Ballard Park. 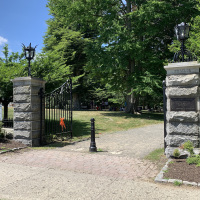 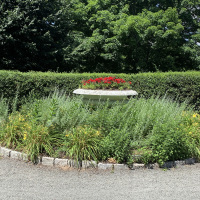 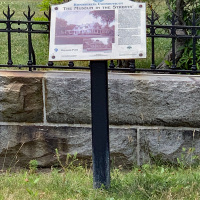 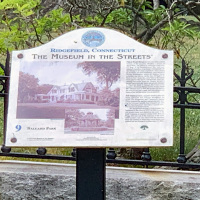 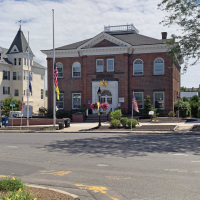 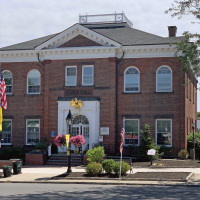 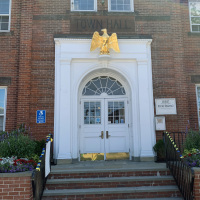 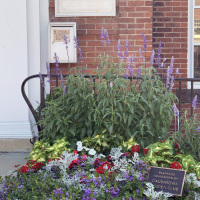 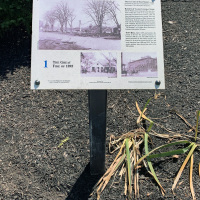 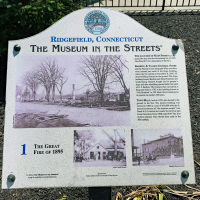 The “One Hundred” was the initial location of the Ridgefield Savings Bank. Doc was the first President. 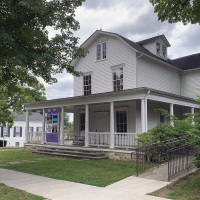 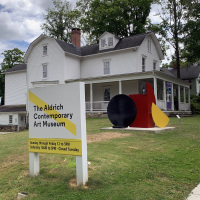 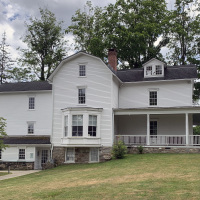 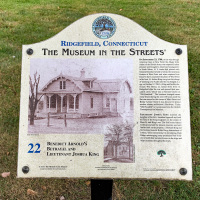 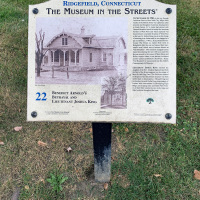