When you come across this rough draft of history, it’s compelling. It’s like the Dead Sea Scrolls — it is endlessly worthy of research.

Adams’s hand in the sport’s early rule-making is not a revelation; instead, it is the physical record of his central role memorialized in the three surviving pages of his document.

With the recent discovery of his “Laws of Base Ball” we have tangible primary evidence of his genius. More than anyone else, he created our game of nine innings, nine men, and ninety-foot base paths. 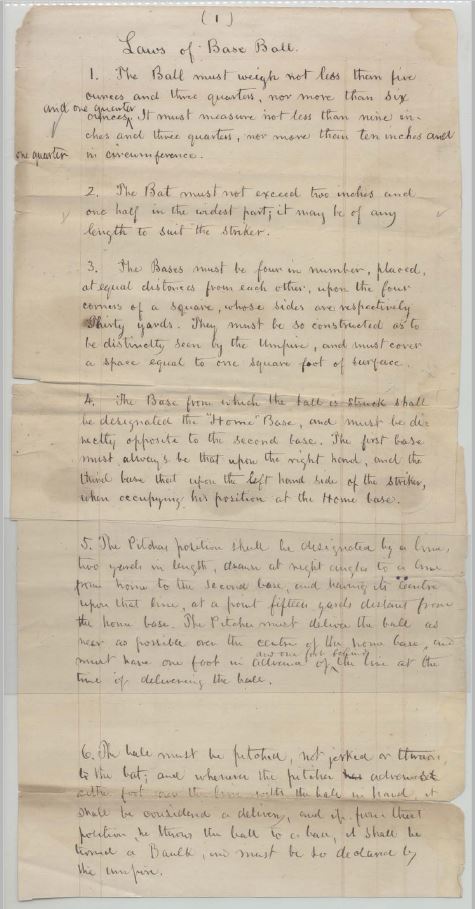 For his role in making baseball the success it is, Doc Adams may be counted as first among the Fathers of Baseball