A seminal baseball artifact, the “Laws of Base Ball” authored by Doc Adams, has re-surfaced and sold at auction for $3,263,246!

This compelling artifact surely establishes that Daniel Lucius ‘Doc’ Adams is unequivocally a key Founding Father of baseball and deserves to be enshrined in the National Baseball Hall of Fame. Coming up merely 2 votes short of election in the balloting conducted last December, it would seem that this evidence, written in Doc’s own hand, should convince ALL of the members of the Pre-integration Era Committee to be re-convened next in December of 2018, to finally acknowledge Doc’s place in baseball history.

“Back on the Auction Block, a 19th-Century Document Essential to Baseball’s Rules”, The New York Times (2/28/16) 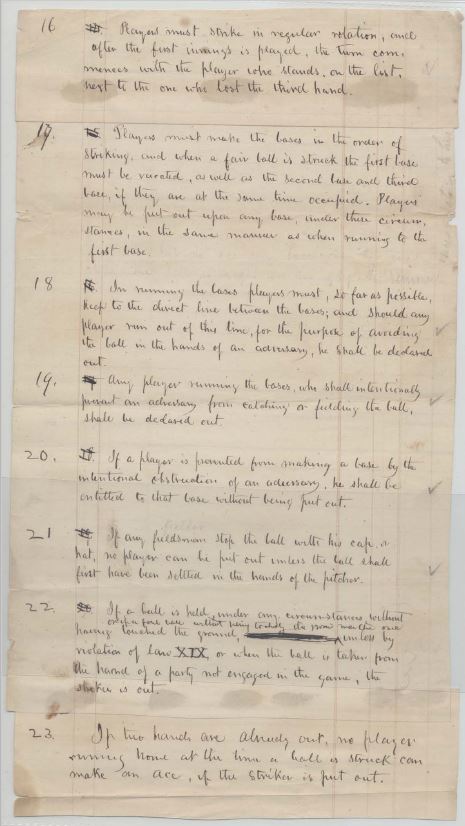 Doc in the News